What Comic Books Taught Me

This appeared Winter 2015/16 in the print journal BARROW STREET. You can order that issue here.


What comic books taught me

That a world where beautiful athletic women wearing tight bodysuits all the time was possible.

That the bow and arrow are cooler than guns or lasers.

That guys like Wolverine who are a little more morally ambiguous about killing bad guys than guys like Cyclops are way fucking cooler.

But that guys like Wolverine will never get a woman like Phoenix even if she is attracted to him.

That being a compassionate corporate CEO like Tony Stark was possible.

That there are still dinosaurs in Africa and Antarctica.

That all men need a Fortress of Solitude or Bat Cave.

That I wouldn’t be the only incredibly insecure guy with a rockin’ girlfriend like Black Canary and guys like Superman around.

That I hate Superman.

That if my family had been killed in the Holocaust and I had the mutant ability to control metal, not turning into a bad guy like Magneto would be hard, which is kind of what Israel is going through right now.

That the oddly attractive women, the quiet ones from other planets, like Hawkgirl, are married.

That even an amazon princess like Wonder Woman would never be allowed to wear anything besides just blue panties, a bustier and a tiara.

That men could wear tights

That, although I respect Captain America and would trust him with my life, I still don’t like anybody that naively patriotic.

That just as Dr. Strange could never take his magic for granted, because then it wouldn’t work—so too with writing. 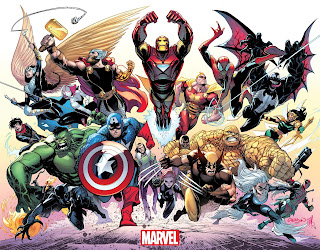