The Hunter Down The Road

Appeared in the Summer 2017 print issue of MIDWESTERN GOTHIC, which you can buy here.

The hunter down the road 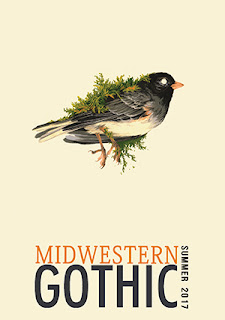 Today is Ed Abbey's birthday. He has been a huge influence on me. Reverence for wilderness, irreverence for everything else. Rage into humor. Books to read: The Monkey Wrench Gang. Desert Solitaire. The essay, "Down The River With Henry David Thoreau." 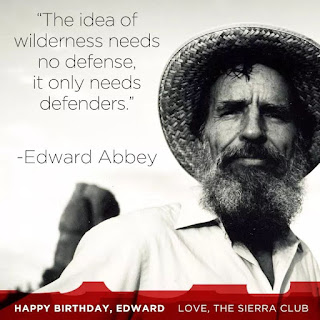 And Tell Me That You Love Me

New short story, "And Tell Me That You Love Me", now up at HST!

Note: The header at HST is NSFW. Nor, perhaps, is this story.... 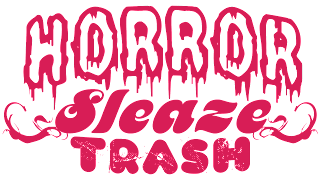 Another query letter sample, this one for my novel The Comic Book Writer. A reflection follows. The first twenty pages can be found here.

Emerald City ComiCon in Seattle forces MARK, a semi-famous comic book writer with a career perhaps on the decline, to reevaluate his life while sharing the space with his ex-girlfriend CATHERINE, whose own career is peaking, and MARION, a young barista/poet. Over the four days and three nights, Mark navigates the comics world, while working through his life-long depression, and desire. Along the way, readers get an in-depth look at the pop culture phenomenon of comics, graphic novels, and cosplay.

The Comic Book Writer takes the premise of The Sportswriter by Richard Ford and puts it in the hipster sub-culture of comics, in the style of Jim Harrison, Roberto Bolaño, Denis Johnson, and Charles Bukowski.

Formal Bio:
John Yohe holds a MA in Written Communication from Eastern Michigan University and a MFA in Poetry Writing from The New School for Social Research. His essays on pop culture have appeared at WORD RIOT and SLOW TRAINS. He is a regular reviewer of books at ENTROPY, and graphic novels at COMICS BULLETIN. Links to published short fiction and poetry can be found at: www.johnyohe.com.

Informal Bio:
Born in Puerto Rico, John Yohe grew up in Michigan, and currently lives in Portland, Oregon. He has worked as a wildland firefighter, deckhand/oiler, runner/busboy, bike messenger, wilderness ranger, fire lookout, as well as a teacher of writing.  A complete list of his publications, and poetry, fiction and non-fiction writing samples, can be found at his website: www.johnyohe.com

I have three other novels in my psych ward, along with enough published short stories for a collection. And I've been writing many reviews, along with some essays. Also a couple books of poetry.

Reflection:
Again, going with the strategy of jumping right into the action as an attention grabber. I still like the second paragraph, a re-framing of the summary. Instead of trying to decide whether to include a more formal or less formal bio, I decided to be different and do both. It's my fear of appearing too academic-y appearing, being written off as yet another MFAer, and trying on the other hand to show that I'm competent and have specialized experience. I have no idea if a lit agent would appreciate that or not. I didn't get any nibbles, so apparently not, but who knows.

I also couldn't resists including that last paragraph about having other works. I've seen this advised against, that lit agents just want to know about the one piece of writing. My thinking is, I'm trying to show them that this book isn't just a one-shot, that if they were to sign me up, that I'd have plenty of other writing to sell, and that I'd I'm showing that I'm a writer constantly working on more writing. Again, I have no idea if this is appreciated, or derided.

Again, the first twenty pages can be found here.

Other query samples can be found here, here and here.
Posted by John Yohe at 10:24 AM No comments:

New CHIRON REVIEW now out! Featuring a couple o' poems of mine! They were one of the first places to publish me, back in the 90s. I'm honored to be back!
Order the print version here:
http://www.chironreview.com/product/issue-112-113-summer-fall-2018/ 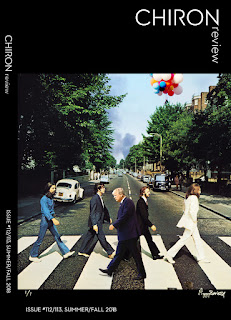 House of the Cardamom Seed by Penelope Nambly-Schott

My review of Penelope Nambly-Schott's House of the Cardamom Seed now up at EMPTY MIRROR! 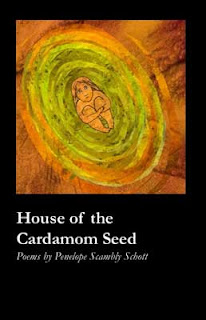 Honored to be Fiction Editor for this new project!

Deep Wild Journal: Writings from the Backcountry, is now accepting submissions of poetry, fiction and nonfiction for its inaugural issue, to be published this summer.

The  mission of Deep Wild  is to provide a forum for the best writing we can find that conjures the experiences, observations, and insights of backcountry journeys. By “backcountry,” we mean away from paved roads, preferably more than a day’s journey by foot, skis, snowshoes, kayak, horse, or any other non-motorized means of conveyance. We are open to a wide spectrum of work, from the personal to the political.

Deep Wild: Writing from the Backcountry will be published twice yearly in portable, pocket-sized editions. Selections may also be published on our website in addition to the physical publication.

The submission deadline for the first issue is March 15. For more information, including submission guidelines, please visit deepwildjournal.com.

And please help spread the word! 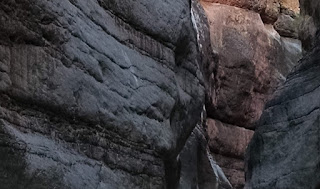 My poem "A Fire Lookout Manual" now up at the January issue of MOJAVE HEART JOURNAL. A good way to start the new year! 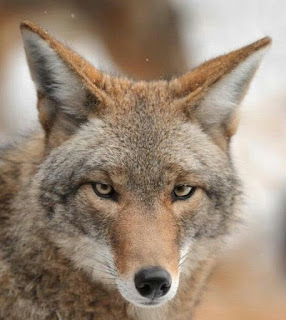