Trouble In Paradise by Slavoj Zizek

Friday night in Portland, Oregon, you wouldn't think many people would opt for attending a talk with Slavoj Zizek when they could be drinking Pabst Blue Ribbon beer in some hipster bar, but no: the hall on the PSU campus is packed, huge line out the door. These people, many of them in their 20s by the looks of it, are here to listen to a....philosopher? Why? What makes Zizek the most popular philosopher since Jean-Paul Sartre?

The answer is in his latest book, Trouble In Paradise: From The End of History To The End Of Capitalism. Although ostensibly a philosopher who can write whole books on Hegel, he's more known for his political criticism, in which he incorporates Literary Criticism (of the Marxist and Freudian kind mainly) along with Hegel (and Nietzsche, and others), in a style that is accessible, or mostly so: he doesn't write for academic journals. But mainly, it's his use of examples from pop culture (books, music, but a lot of film) to strengthen his arguments, for example critiquing the Christopher Nolen-directed Batman movie, The Dark Knight Rises, showing its ambiguity in how on the one hand it defends conservative values, and/or at least the status quo of our society (Bruce Wayne is one of the 1%, the mega-rich, his fortune coming from "arms manufacturing plus stock-market speculations.") On the other hand, the main villain, Bane, is an Occupation-type hero to the poor and dispossessed, which could also be taken as a conservative reaction to that protest movement but nevertheless the fact that that movement made it into a major film shows that there is some kind of appeal to it.

Although this paperback version of Trouble in Paradise has come out in 2017, it was actually first published in England back in 2014, before the American elections of 2016 (I can't wait to read what he has to say about that) though it's all still very relevant: what he and others call 'late-capitalism' (not without some wistful hope that what's going on globally in politics and economics is about to grind to a halt)—that is, the constant demand-that-becomes-a-need for economic growth—forces the world limited amount of resources (water, oil, etc) to become more rare, and therefore valuable, and therefore more important than lesser ideas like human rights.

Also, interestingly, he starts Trouble in Paradise off with an analysis of North Korea, this just when Kim Jong-un had come to power, but which is just as interesting now, more so even, with North Korea launching a missile over Japan. There's a reason North Korea's Great Leader looks a little on the ambiguously sexual side.

But speaking of the 2016 elections: here's Zizek discussing the protests, and protestors, in Spain of around 2012:

....one of the common threads in the ongoing popular revolts in Europe, especially in Spain, is the rejection of the entire 'political elite', Left or Right. They are all dismissed as corrupt, out of touch with the actual needs of ordinary people and so forth. However, such sentiment can cover two radically opposed positions: on the one hand, the populist-moralist rejection of the entire political class ('they are all the same, politics is a whore'), which as a rule, conceals the call for a new Master who will clear this nest of corruption and introduce honesty.

Who can not see this first group as the people who voted for Trump, a supposedly strong outsider that vowed to, instead of 'clear the nest of corruption' to 'drain the swamp.' But Zizek continues (this is a long quote, but worth it, and indicative of how he thinks and writes):

....on the other hand, something entirely different, truly stepping out of the binary opposition which defines the contours of the hegemonic political space (Republicans versus Democrats....) In this second case, the underlying logic is not 'they are all the same'  but, 'Of course our principal enemy is the capitalist Right, but we also reject the blackmail of the established Left which enjoins us to support them as the only way to stop the Right.' This second position is the position of 'neither nor': we don't want X, but we also don't want its inherent negation, the opposition to it that remains within the same field. This doesn't mean 'they're all the same', but, precisely, that they are not 'all'....'They are all the same ' means that we want the exception, a direct/honest politics exempted from the corrupted politics as usual, neither Right nor Left. However, in the case of 'neither nor', the negation of the Right gives us the (established) Left, but the negation of the Left does not give us the Right again, but rather a non-Left which is of the Left more than the (established) Left itself.

I don't have to wait to see what Zizek writes about the 2016 elections, he already wrote about them two years ahead of time. This is exactly what happened. The non-Left-ers were the ones who supported Bernie Sanders, someone they (who am I kidding: we) felt was 'direct/honest' and when the '(established) Left' bumped him out (not least with the threat of 'Super Delegates' that would and did nullify any sense of real democracy in the Primaries) they were the people that either voted 3rd party, or, like in my home state of Michigan, who just didn't vote for president period, even though they did vote the rest of the ballot. I mean, how bad are the Democrats to people that they will go to the effort of voting for everything else on the ballot, but won't make one little mark against Trump?

If there is a weakness to Trouble In Paradise, it's that Zizek can't provide a solution to the capitalist problem, though who can? He does dissect some other intellectuals' 'solutions', though finds them unrealistic. Nor, even though he is a Marxist critic of capitalism does think Communism is an easy answer, though in the end he does, lamely, come back to that.

He would probably disagree, but I think Zizek really comes closest in his thinking to democratic socialism (thus all the Bernie supporters that night) in that its the government's role, or should be, to protect people from, and regulate, business and the markets. Also not easy. But, he urges people to keep trying for something better, and in this his style is effective: despite the depressing critique of what's going on around the world, one comes away from reading Zizek a bit more hopeful, perhaps only because we know more: he, like Noam Chomsky, takes us behind the curtain of what governments and corporations are doing.

This is why all those people were there on a Friday night so hear Zizek speak: He's speaking truth to power, the whole establishment, including, and maybe especially, the '(established) Left' when almost no intellectuals (especially no one in academia) nor journalists will.

Her body in the open sky
the moon in water

the moon is not one moon, not two moons
not a thousand moons

she has moon mind
because she makes moon her mind

no mind not moon
no moon not mine

waking with her body
the turning moon

the mind is a moon
the moon a mind

moon-faced girl
your body and mind
in the moon 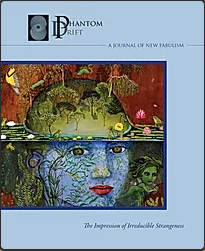 Interview with me at Midwest Gothic

Another interview with me at the MIDWEST GOTHIC website for the inclusion of my poem "The hunter down the road" in their new print issue:

My review of Schadenfreude, A Love Story: Me, the Germans, and 20 Years of Attempted Transformations, Unfortunate Miscommunications, and Humiliating Situations That Only They Have Words For by Rebecca Schuman now up at GRAVEL.