I never knew my dad growing up. Ray Brown. He and Momma never married, that’s why I have her last name, Young.
Momma usually had some kind of dude hanging around the house, so at first I didn’t know any better. But when I did figure out that the guy at the dinner table wasn’t my real father, and I asked her about it, the first time, she just looked away and said, —He gone.
—Gone where?
—Just gone.
Later when I asked again, she said he was dead. No hint of emotion when she said it either. That hurt.
—How’d he die, Momma?
—Stop asking so many questions!
But then, not much later, one of my aunts, my momma’s sister Donnette, told me while she was babysitting us. —Your daddy’s in prison. He got busted right before you was born. Him and your momma were already broken up by then, he wasn’t around. A dead beat dad and all that.
—What was he arrested for?
—What else? Drugs.
I processed that for a while. Then, —What was he like?
—Anthony, I barely knew him. Your momma never brought him around much. Or else he was keeping her from us. Either way. he was a charmer though. Ladies man. All that. He had a smile. I liked him.
She laughed. —That’s probably why she kept him away!
I asked my mom about him as soon as she got back from work. I waited up for her, way past my bed time. —Momma, Aunt Donnette says Daddy’s in prison.
—Oh Lord, Anthony, you go to sleep and don’t talk about that silliness.
—What was my daddy like? Where he at now?
She sat next to me on my bed and stroked my head. —I don’t know, child. I don’t know. He didn’t treat me right, was always getting in trouble, and I just didn’t want him messing up your life. He didn’t want to be there neither.
—How you know?
She sighed. —Anthony. If he’d loved you, he would have made an effort to clean up his act and show he wanted to stick around. He didn’t.
—And then he went to prison?
She nodded. —And then he went to prison.
—When he getting out?
She shrugged. —I don’t know. I only found out what happened through friends. I don’t see those friends no more.
I started to cry. Only a little. Just sad, not sobbing all over the place. —I want to see my daddy.
She leaned over and hugged me. —I know. I understand. I just don’t know if that will happen. It’s up to him.
—When he gets out, can I see him?
She nodded. —Maybe. If he gets out. If he wants to see you, he’ll come find you.
After she said goodnight I heard her yelling at Aunt Donnette downstairs. —Donnette! What you doing telling my boy about that low life excuse for a man?
—He gonna find out sometime, Lorraine. You should’ve told him already, instead of making up tall tales about him being dead. You messing with his head!
—Well, won’t be the first time, and now you doing it too! I just want him to grow up in peace and not have all that history dragging him down. That’s why I got out of Detroit in the first place!

I didn’t say anything to Momma. I waited two days then called the number. Tika answered.
—Hello Tika.
—Who this?
—Anthony. Ray’s son.
She hesitated.
—Is my father there?
Her voice sad. —No. He gone.
—Gone where?
She sighed. —Back to jail. Back to prison probably. He got arrested yesterday. I wasn’t with him. Broke parole though.
—For what?
—What else? Drugs.
—What kind of drugs?
She hesitated again. —Don’t matter.
—Rock? Ice?
—Ice.
That spear in the gut feeling. I’d thought only a woman could make me feel that way. —Alright, thanks.
—How bout you? Can you get some?
—No. I don’t do that.
She paused. —Well, you want to come get his stuff? It ain’t much, but I don’t want it. Just some clothes and shit.
I got her address and told her I’d think about it. Later that day I decided fuck it, and gave her a call, telling her I was coming over.
She had an apartment right off of I-69, at the east part of Plymouth, which was like an hour drive from Jackson. She was just back from work as some kind of secretary at Washtenaw Community College. My father’s things were in a couple drawers in the bedroom, a cardboard box and some shirts hanging in her closest. I’m not sure what I was expecting, or looking for, maybe long lost baby pictures of me, that he’d kept with him all this time. Bullshit like that. But it was mostly just clothes. Shirts and jeans. Tika took a leather jacket out of the closet. —Here, this might fit you.
I tried it on. Smelled a little like smoke and perfume mixed in with the leather. She smiled. —You look good in that.
I grabbed her and kissed her, pulling her head back and forcing my tongue in her mouth. She made a surprised grunt and tensed, but then relaxed. I turned her around and pushed her face-down on the bed.
—What you doing?
I didn’t say anything, just pulled up her skirt, yanked down her pantyhose and panties, undid my jeans, and shoved it home. She moaned, clawing the covers. —Oh lord, what you doing?
I shoved it in, laying down on top of her, pinning her, pulling her head back and kissing her neck and ears. —You like that, bitch?
While I fucked her she just kept saying, Oh shit oh shit, over and over and then I came in that tight pussy.
I lay on top of her, both of us breathing heavy. When I pulled out and rolled off of her, she stood up, pulling up her panties and torn pantyhose and pulling down her skirt. Not even looking at me, just going in the bathroom and closing the door. The shower came on.
I left. Didn’t take nothing but the jacket, which I still have. 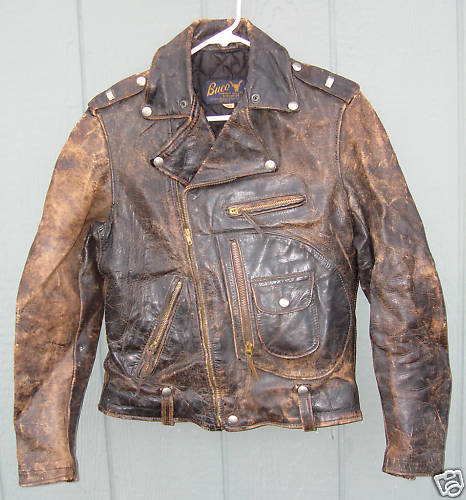