Eat The Apple by Matt Young 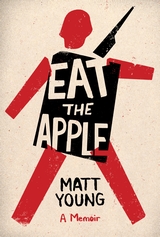 The literature from the Iraq and Afghanistan invasions that I've read (and I don't claim a comprehensive knowledge), both fiction and non-, seems to work at its most powerful in the short form. It's almost like Michael Herr's collection of journalism pieces about the Vietnam War, Dispatches (a great book) set the standard. I can think of major novels about the American Civil War World War I, World War Two and even the Spanish Civil War, but it's almost as if the way people, men, write about combat now has to come in flashes, flashbacks. Eat The Apple by Matt Young, though labeled a memoir, was assembled from shorter published pieces and could easily have been a collection of essays, or even in some cases short stories.

Eat The Apple differs from other military literature of this century (again, that I've read) in that Young includes his time at Marine boot camp and its absurdity as a prelude to the absurdity of deployment in Iraq. It reminds my of the movie Full Metal Jacket in this way in that I almost thought the book might be just about boot camp, but then halfway through or so we jump to Iraq. It does follow a linear timeline, but there are chunks of space in it: there's only so many days of sweating one's ass off that you can describe, and that's what we-who-haven't-been can't quite know, though we get the idea, that in the military, surrounding the moments of terror and awkward R&R binges, loom just days and weeks of monotony.

It differs too in its introspection: Young is unsparing on himself, though with (dark) humor. He's looking back about ten years later and fully acknowledging that his reasons for wanting to join the Marines—to change his life for the better could be the summary—are all bullshit and that if he knew, or thought about the reasons why America is there (still!), oil and money, then he would not. He could take it easy on himself and just say he was just a lost young man, but over and over Young portrays himself as a selfish idiot.

You've chosen the United States Marine Crops infantry based on one thing: You got drunk last night and crashed your car into a fire hydrant sometime in the early morning and think—because your idea of masculinity is severely twisted and damaged by the male figures in your life and the media with which you surround yourself—that the only way to change is the self-flagellation achieved by signing up for war.

You will ship out for recruit training to San Diego, California, in April 2005. Your family—broken and distant—will remain silent as to your decision. Only an ex-girlfriend, with whom you're still in contact, will beg you not to go with words of oil and death and futility. You'll wish you listened.

In fact, it's almost hard to read this as a memoir because I can't almost believe the fuckup narrator in Eat The Apple went on to earn a MA in Creative Writing and now teaches writing. That's maybe the tug of this text: trying to see the humanity in the younger Young and how he gets out (it's a memoir, we know he gets out) changed, or scared straight.

I say 'the narrator,' but another fairly unique thing about Eat The Apple is how much Young plays with that idea, with some of the 'dispatches' coming in third and (a seeming favorite, and effective) second person. Even second person plural. There's even one section in the third person POV of one of the boot camp sergeants. Does that even still counts as memoir? Makes me wonder if some of Eat The Apple was intended as short fiction at first, that Young, or his editor, might have later decided to collect the fragments together.

It works. I'm left wanting more, perhaps Eat The Apple could have been filled out, but on the other hand, as I said before, this memoir is a man working through vivid memories here, both in Iraq and back in America. Young is up front from the beginning: joining the Marines was a mistake, though he might have ended up dead or in prison otherwise, and/or just lived a life of desperation. The Marines changed him. Young would say for the worse. Still, here's this book, and this man who turned his life around.